The fragrances of Le Galion belong to the same family of passionate fragrances, both fiery and subtle, they create a trail of admirers behind those who wear them.
L’Officiel de la Mode, 1956

In 1930, Prince Murat, a descendant of Joachim Murat, brother in law of Napoleon 1st, and King of Naples, founded Le Galion Perfume House.

In 1935, Prince Murat sold his company to perfumer Paul Vacher, who was already famous within the industry at that time.

Born in 1902, Paul Vacher was studying chemistry when he realised that he had a gift for fragrance. Aged just 25, he started work with Marcel Guerlain and then he later joined Lanvin. His role was to develop a new perfume business within the Lanvin Fashion House. In 1927, he created for the launch, in collaboration with Andre Fraysse, the wildly successful fragrance Arpège. Following this success, he decided to launch his own perfume house.

Soon Paul Vacher fragrances were all the rage. Sortilège, created in 1936, was an instant success when it was launched in Paris. The fragrance contained more than 80 natural essences and was one of the leading fragrances for the Perfume House. Launched after the war in the United States, at the prestigious ¨Stork Club¨ of New York, it proved enormously successful and became The signature fragrance of the club. Soon after in 1937, came Bourrasque, and two beautiful floral scents, Iris and Tubéreuse, all produced from the finest, natural and raw materials.

In 1938, as Europe stumbled towards war, the fragrance Brumes encouraged women not to let go of their beauty rituals, to anoint the skin with a few drops and to remain hopeful despite all of the hostility.

In 1946, when Serge Heftler-Louiche and Christian Dior wanted to develop a fragrance for their fashion house, they naturally turned to Paul Vacher who was at that time already recognised as one of the greatest masters of perfumery of the twentieth century alongside Ernest Beaux, Ernest Daltroff, Jacques Guerlain and Edmond Roudnitska.

In 1950, Paul Vacher bought a mansion in Neuilly to house the production plant and offices of the Le Galion Perfume House. Over the next thirty years, Le Galion perfume house provided Parfums Christian Dior with many raw materials (especially jasmine, rose and neroli) and produced the concentrated formula from which Miss Dior and other fragrances were blended. 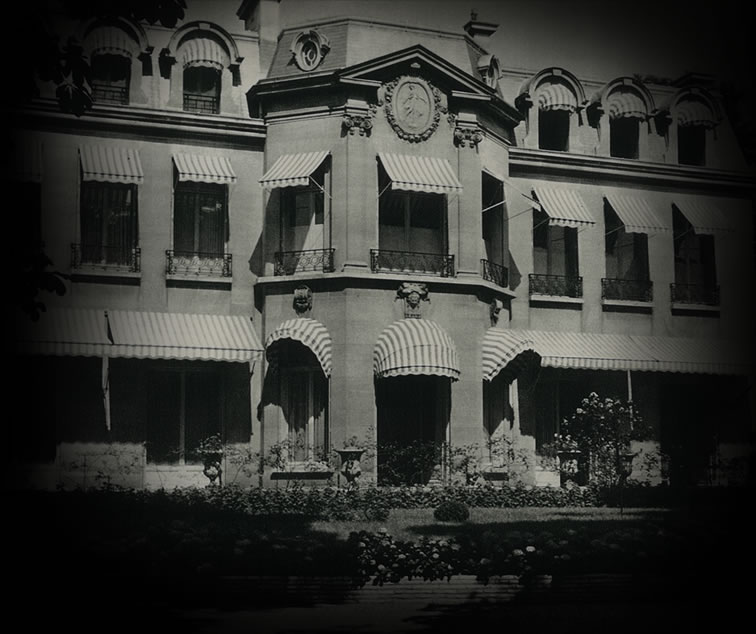 Alongside his activities with Christian Dior Perfumes, Paul Vacher created fragrances for his own house: Special for Gentlemen (1947), Frac (1949), Lily of the Valley and La Rose (both 1950), the very famous and well named Snob (1952), and Whip (1953). This was the golden age of French perfumery.

In the early 1960s, Christian Dior Perfumes turned once again to Paul Vacher. Desiring this time a fragrance that had presence and strength whilst remaining extremely refined, Paul Vacher created Diorling in 1963.

By this time the Le Galion Perfume House was famous internationally and by 1964, Sortilège was being sold in 97 countries worldwide. During this period, Paul Vacher also created two fragrances for Jean Dessès: Celui and Kalispera (1962). He also continued to create for Le Galion: the Cologne Extra Vieille (1967), Galion d’Or, and Vétyver (both 1968), and l’Eau Noble (1972).

When Paul Vacher died suddenly in 1975, his daughter Dominique De Urresti, who had studied with her father and been in collaboration with him for a decade, became the "nose" of the House. In 1978, she created Mégara in homage to her father.

In 1980, Le Galion was sold to an American group. Poorly managed, the company quickly collapsed. Gone with it was an image of France and of perfume; an image of elegance and quality.